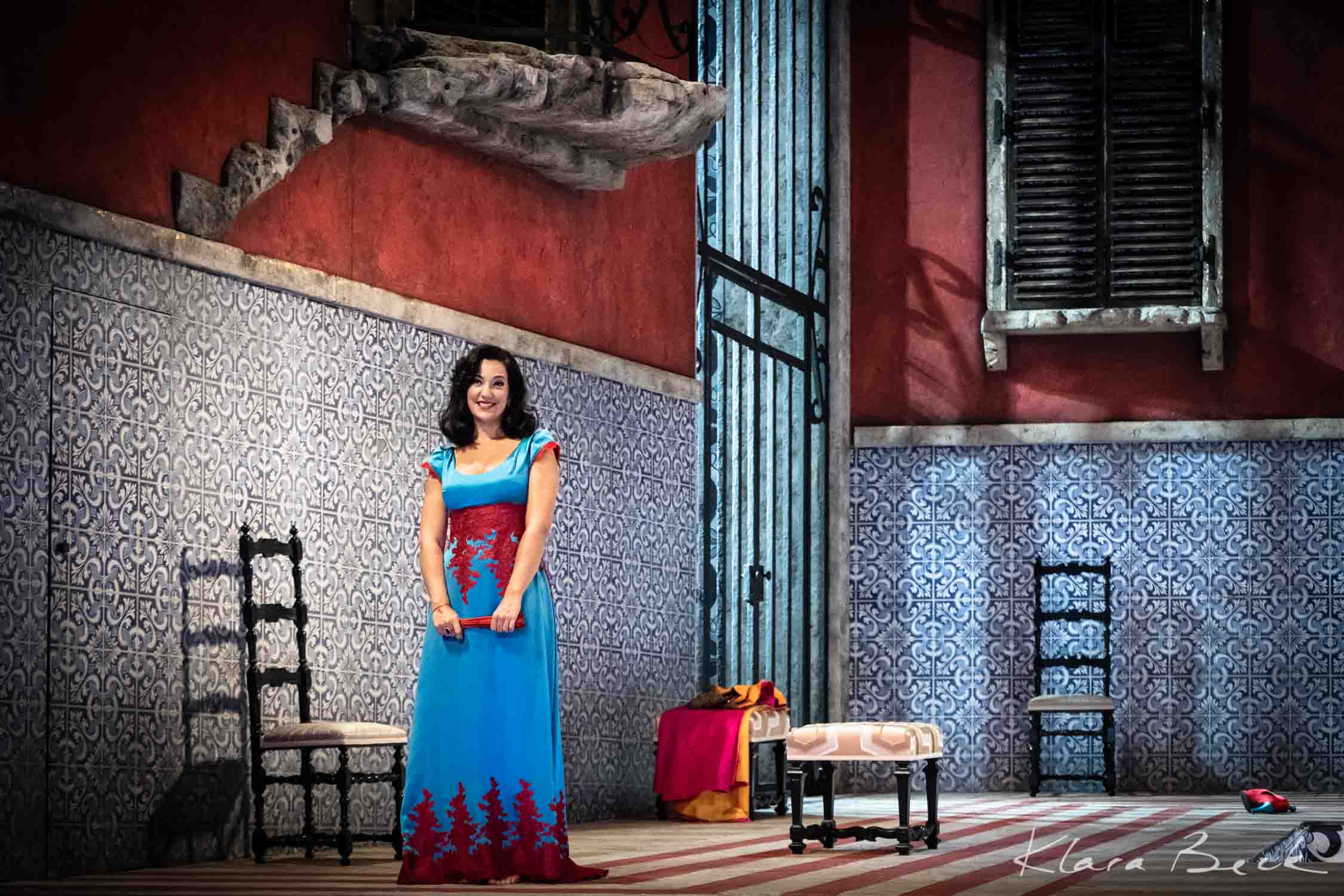 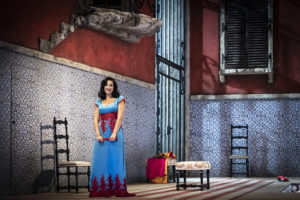 Some reviews of my debut as Rosina. Lucky me to have had the chance to be part of such a beautiful production !

As for Marina Viotti, she continues to confirm the many hopes placed in her, especially at the occasion of various singing competitions. Her Rosine is simply exemplary: a beautiful voice, healthy and natural, never forcing neither in the lows that she does not chest, nor in the highs she is able to nuance, a remarkable virtuosity without being ever ostentatious, a very sure taste in the ornamentation, discreet and elegant. Marina Viotti excels also in the Russian repertoires (she proposed a very beautiful Olga of Eugene Onegin still at the Rhine Opera in last June), and French (her Davila aria had caused a sensation during the contest Kattenburg, in Lausanne, in 2017): we can only increase the best for the career of this very beautiful artist!

Impressive from start to finish, Marina Viotti succeeds a Rosine among the most beautiful that can be imagined. A true mezzo – which has become rare today – the Swiss lady is just flying over her score, full and loud lows, powerful and daring highs. Her coloratura calls for praise, perfectly precise as well as beautifully phrased, and the vocal emission dazzles by its absolute naturalness, which also allows splendid piani. When it is written that the plumage relates to the ramage and that the actress is at the height of the singer, breathtaking with humor and accuracy, we can only conclude that we have here one of the great artists of the years to come !

Marina Viotti is besides  the great triumphant of this morning. Her deep, shimmering mezzo catches the ear as soon as she enters. The following does not disappoint in anything, the voice, well projected, is long and homogeneous over the entire range, the beaded coloraturas flow, without any hardness. Especially, the Swiss singer is not content with the usual variations: she embellishes the “reprises” with taste, taking care to give life to her character. It is easy to understand that this mutinous and voluntary Rosina leads her little world to the stick.

But Marina Viotti’s magnificent Rosine steals the show, thanks to her fiery temperament! The Swiss mezzo, however, shows other great strengths: a lot of musicality, a perfect realisation of the coloratura, and a superb timbre, deep and powerful at the same time. She too confirms – and rather than twice! – the beautiful impression left by her Olga (Eugene Onegin) in loco last June.

In such a context, Marina Viotti’s Rosina, a young singer already noticed here last June in the role of Eugène Onegin’s Olga, has no trouble imposing her difference: a much more solid, homogeneous voice, a round and warm timbre that never fades, including in the passages of virtuosity, imperturbably musical or hilarious. For a role taking is better than a success: the revelation of a talent of the highest order.

“Marina Viotti is irresistible because she has all that is needed for the role of Rosina: scenic stature, mischievousness, roundness of timbre and homogeneity of registers, natural voice and the science of Belcanto  with beaded and detached coloraturas. And to think it is her debut ! 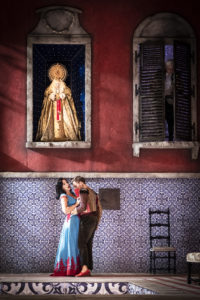 The two are eaten by Marina Viotti’s level , who plays Rosina. What a crystal clear and natural voice, capable of such an enviable tonal precision. The comparison is evident when she sings with Figaro in the duet “Dunque io son” or when Almaviva visits her at midnight. She already highlighted the previous season in Eugenio Oneguin, also in the OnR, but Rossini’s character makes her virtuosity more relevant than Tchaikovsky’s Olga.

Marina Viotti raises the level as Rosina with her first aria “Una voce poco fa”, with rich depth and spectacular coloratura. When she is styled by her maid Berta (Marta Bauza), her top notes are like painful screams when the brush draws. This is the kind of humor that is developed directly from the music and gives the evening a wonderful lightness.

And then there’s Rosina, a mezzo-soprano, as originally planned by Rossini: Marina Viotti has exactly that voice, a velvety warm timbre and the necessary agility. Her and tthe conductor of the evening – Michele Gamba surely deserve a bright future 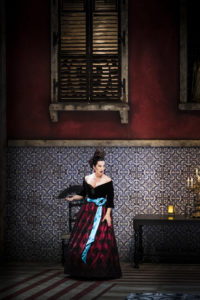